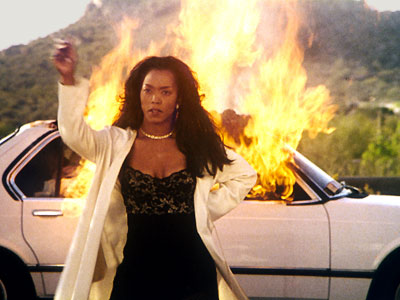 Cheesy title I know, but it really describes how I feel.  It seems like I’m always waiting on something so I can just breathe.  Like now, I’m waiting to find out what is going to happen with this house, my sister, my friend, my life in general.  “Lost” doesn’t even begin to cover where I’m at in life right now.

My sister went up to look at that house this weekend, and it turns out that it’s not something that is going to work out for her.  So now we have to find a new plan.  She would stay here, but my boss told her that he’s selling his building and she has to be out by the end of the month.  She was renting an office space from him because her job allows her to telecommute, but she has to have fast internet access, and we don’t have that here at the house.  That leaves her with two options, find a new office to rent, or go ahead and move back to our home state and find a place there where she can set up a new office.

Moving back to our home state was always her plan B, and it seems that now it may be her only option because she got a call from the realtor today.  The woman who looked at the house a couple of weeks ago called and now she wants to bring her husband to come and look at it.  We already know that the woman loves the house, and if the hubby likes it the realtor thinks that they will go ahead and make an offer.  If they do decide to buy the house they want to move in thirty days after the papers are signed.  So we could be homeless in less than two months if things move fairly quickly.

I did some house hunting online, just for the hell of it, and found a really cute “Anne of Green Gables” style house in our home state not too far from where our parents are living now.  It has a horse barn and pasture for my sister’s herd, and it even has a little old general store building on the property.  I would be happy just turning that into my own little cottage.  If we can sell this house then I think I’ve almost got my sister talked into buying that one, or at least taking a look at it.  I don’t relish the idea of being tethered to my sister and nephew for the rest of my life, but the idea of moving back to my homeland, Alabama the Beautiful, and it is a beautiful state, somehow comforts me.

The other thing I feel like I’ve been waiting on is my friend, the one who I was supposed to go see the weekend before last.  He sent me a text a week ago telling me that he had been having phone problems but was back home.  He didn’t say anything else.  A couple of days ago I sent him a text just saying hi.  He never responded.  I guess I should go ahead and return the gift that I’ve carried around in the trunk of my car for over a week now.

I understand that if he’s having a family crisis then he probably doesn’t have time for long conversations with me or anything, but he could at least let me know he’s ok.  Then again, if he can’t even talk to me about things when he going through something like that, then he must not really consider me a friend after all.  Maybe all I ever was to him was just an occasional bed buddy.  It’s too bad, because I make a really good friend and listener too.

I kept promising to explain why I shouldn’t move back to New Orleans, and I guess now is as good a time as any.  It will also connect some of the dots above.  Since my friend isn’t showing much interest and he’s one of the main reasons I wanted to go back to NOLA, now I don’t have much reason at all to move back there.  There are other more important reasons though.

First of all, my little DWI experience back in 2010 came back to bite me in the ass.  I completed all my classes and paid my fines and everything, but I failed to pay off some other unrelated fines to get my physical drivers license back.  When I was living in NOLA I got pulled over one day and got a ticket for a whole list of offenses, and honestly I lucked out because the cop could have taken me back to jail right then, but he didn’t.  Unfortunately the ticket turned out to be over a thousand dollars and I missed my court date because I had to work.  So now I have no license and can’t get one until all that is paid off.  Another problem that came of all that is that I think I have bench warrants out on me, so me taking a chance by being in NOLA is probably a very bad idea.

To top it all off, Manwhore is still there in NOLA and supposedly getting married again in December, and he’s the last person I want to run into.  He also knows about my dirty little DWI secret.  Depending on which side of the bipolar tree he’s swinging from on any particular day, he might just turn me in for the fun of it.  So you can probably understand my trepidation there.

Just so you know, and so I don’t feel like a complete liar, I’ll tell you only that someone from my past has popped up again.  I don’t want to say who just yet.  It’s someone who I have very conflicted feelings about…someone who I like, but who also scares me.  Once I sort out some of my feelings on the whole situation, I’ll try to share them in more detail.  Until then…

3 thoughts on “Waiting to exhale”