Happy Halloween! (Not my new car by the way.)

First of all, for those of you who read my earlier post, I now have a car.  So I can at least check one thing off my list.  Yay!  It came as a complete surprise Sunday morning.  My sister told me that her friend Horse Whisperer had a car that she was willing to sell me.  Praise Jesus, because I was about to go mad not having a mode of transportation.  I love my sister, but living with her, working in the same building with her, and having to ride to and from work and everywhere else with her was putting a huge strain on our relationship.  Now we’re both free to come and go as we please.

Now for the important stuff.  I have not been completely honest with you lately, and for that I do apologize.  I’ve avoided writing very much because without telling you the truth, there wasn’t much to tell.  Sometimes it’s just harder for me to admit who I really am and what I’ve really done.  I feel the need to keep up appearances, even to strangers who only know me as an anonymous blogger somewhere in the woods of Mississippi.  Admitting to certain aspects of my life, well, it just makes me feel like a bad person.  All that extreme religious crap that was engrained into me as a kid left a deep mark.  It’s one of those scars that will never completely heal.  The truth really does set me free, even if that means being brutally honest with myself.  I’m ready to be free.

I have a problem.  I ask for advice.  I listen to it and appreciate it.  Then I go in the completely opposite direction.  Is it that I’m just strong-willed and independent, or am I just stupid and can’t follow good advice?  Maybe all the above.  Anyway, when I wrote my post “Uncommon Whore” a couple of weeks ago, I told you about Harry.  Harry had issues, lots of red flags, and had stalker written all over him.  So what did I do with Harry?  I kept seeing him.  One of my other issues, is that I find it very difficult to say no to people.  Technically, I think that’s just an off-shoot of my subconscious need to seem to be perfect and keep up appearances, but whatever…Daddy issues, blah, blah, need therapy, blah.

Even though I really did halfheartedly try to run Harry off, I just didn’t try hard enough.  He kept texting, calling, asking me to dinner, and I caved.  I’m always afraid that if I make a snap judgement about someone then I might miss out on someone who may actually be the one.  So I try not to be too quick to judge people, and instead to give them the benefit of the doubt.  God knows, if everyone immediately judged me then I’d be totally screwed.  I know that everyone has problems and issues and no one is perfect, especially me.  So who am I to judge?

I also know the difference between being judgmental and being cautious, and I do believe that I’m cautious.  Spending my life at home and never going out in the world and experiencing anything is not for me though.  Taking chances on people, places and things is what I’ve always done best.  Sure, it may not always turn out great and some bad things have happened, but even then I’ve learned a lot and still had some great times along the way. 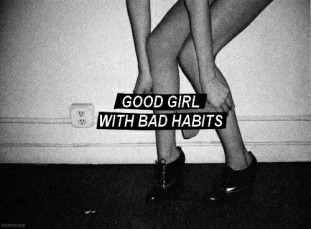 As I’ve gotten older I have learned when to call it quits with things such as jobs and relationships, mostly relationships though.  Jobs are harder for me to give up on given the fact that I crave financial security almost more than I crave finding the right person for me.  I could give lots of examples of how I’ve gotten better at knowing when to say when: Bobblehead Nerd, Skaterboi, EB, and of course, Manwhore .  Granted, when I love someone, or think they are worth fighting for, then it takes me a little longer, but that’s ok too.  I survive.

My method of approach to dating has changed, a little.  I no longer jump in headfirst with a blindfold on.  I keep in mind that information is power, and I try to be more observant and aware of any red flags that may pop up.  Of course, when I see the red flags and have to decide whether they are deal-breakers, that is sometimes a gray area for me.

Back to Harry.  The red flags were there, but he is the one who came right out and told me where they were.  He was honest about his situation, which was refreshing.  I was able to make the decision up front to have our relationship be only a friendship, possibly sexual, but with no strings attached, and with little to no potential for seriousness down the road, all of which I made clear to him.

The problem is, that I like him.  Of course I like him, otherwise I wouldn’t have ever returned his calls or texts, but it means that I want to keep seeing him.  That means that if I do find a job elsewhere, or have to move soon, my liking him could affect my judgement.  I don’t want anything like that affecting my judgement.  Actually it already has.  I’ve already had thoughts float through my brain like, “Maybe I should just stay here as long as possible so that I can see if anything might come of my relationship with Harry.”  Thoughts like that just piss me off, and I have to stop myself mid-thought and do a reboot.  Unfortunately they just keep coming back.

So here’s the so-called “juicy part” I suppose.  Harry knew I was off work today so he asked if he could stop by around noon.  He came by and stayed for a couple of hours.  We had a little fun, although I never did orgasm.  We talked for a bit and then he had to get back to work.  That was fine.  I needed to go to the car wash and vacuum out my new car anyway.

As soon as I got to the car wash and put my quarters into the vacuum I got a text from Harry.  He wanted to know if he could come back by for a little while.  It seems he just can’t get enough of little old me.  😉  So I said he could, and told him I’d be back home in a little while.

As soon as I started vacuuming again, I heard someone say, “How are you doing today?”  I turned around and it was a good-looking soldier vacuuming out a very nice black car.  I said I was doing good, then he asked, “You’re cleaning that car yourself?  You should have a man to do that for you.”  I kind of laughed and smiled and said, “I can do it myself just fine.  Thanks.”  He then went on to ask if I had a man and try to chat me up and ask for my number.  The whole time I’m thinking, “I do not need this now.  I’m flattered, but I really need to hurry up and get back home so I can get laid again.”  (Sad, but true.)  The soldier gave me his number and I left.  I made it back home just as Harry was pulling into the driveway.  We had some more fun, and this time I got my orgasm (x3).

Here’s the bad part.  The “one who I really wanted” pretty much blew me off when I sent him a text last week, and it made my stomach turn because even though I suspected as much, it still came as a shock that he could be so cold.  So much for putting my heart out there and trying to be honest with him.  It’s ok though, because to be completely honest with you, and myself, he was the main thing that kept me considering moving back to New Orleans…the last place I need to be right now, but that’s another long story for another long post.

So here’s to my new start with my new car, and possibly my new man-friend.

5 thoughts on “Midnight Confessions and Self-Therapy”