In all the excitement I completely forgot to tell you about my new job.  I started working there a few weeks ago.  It’s a nice little family owned business, and so far everyone there seems very friendly.  Before I went to the interview my sister warned me that the owner, OS, was a little odd, which I sort of already knew because I had heard the Preacher talk about him before.  Not talk about him in a gossipy bad way, just talk about the Preacher’s dealings with OS and his company.  OS and his family are Mennonites.  I don’t really know much about what the Mennonites believe, but I always assumed they were a little like Amish-lite.

During the interview with OS and the office manager, I got a little taste of just what type of person OS really is when he asked if I was a smoker.  I told him the truth.  There’s no point in lying about it because if he were to hire me he would find out eventually anyway.  After I made my confession he went into this story about how he had a woman working there once who was a smoker and after she left he swore he’d never hire another smoker again.  Evidently she was one of those smokers who got very snippy and cranky when she couldn’t go out to smoke at least once an hour.  Now I do like having my smoke breaks, but even I think that’s a bit excessive.  I’m good as long as I can go out at lunch and smoke, and maybe have one more in the afternoon.  So after his little story I told him that I’m a “light smoker” and he had nothing to worry about.  What I was really worried about was whether he noticed the tattoo on my wrist, because I was pretty sure that he was the anti-tattoo type too.  He never said anything about it though.

While he was asking me some other questions about the work that I had done for the Preacher, whom he knew of course, I happened to look over at the office manager.  The office manager was checking me out, staring right at my chest.  He quickly averted his eyes.  I wanted to laugh, but managed to keep my composure.  It turns out he’s a very nice, very married, goody-goody Christian man.  It’s the little things that amuse me most of the time.  Can I get an “amen?”

So far the job has been less than fulfilling, and challenging, but it pays the bills, so I guess I’ll keep it, for now.

Some other things that have gone on here at the Farm:

My sister, Fallen Angel, and my nephew, Little Bubba, have been driving me crazy with their lack of concern for keeping the house clean and tidy.  I’m not a neat/clean freak, but I do like things orderly and presentable.  There’s nothing worse to me than having someone drop by the house and it look like a tornado (aka Little Bubba) just came through.  I’m working on not nagging my sister too much about this because I know she works hard, but she needs to realize that I can’t do it all on my own.

We’ve had a couple of barbeques with the downstairs neighbors, MW & AW.  I think they are really cool people, but there is something that isn’t quite right about them.  My sister says there’s definitely a story there.  We just haven’t figured out what it is yet.  We do know that they moved here from up north to help out with her mother.  We also found out that she has had five kids, none of which she has custody of now.  One of the kids is just a little baby that she had about eight months ago.  From what we gather, either the baby is in foster care or MW’s family has her.  They are supposed to get her and bring her here, but I seriously doubt that’s going to happen.  AW doesn’t seem like she’s in a big hurry to get the baby and be a full-time mommy.  Hopefully more details will surface as time goes on. 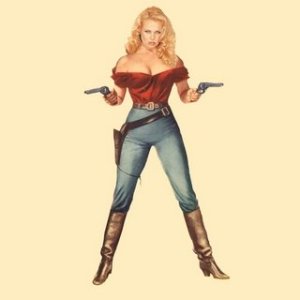 In other news…It seems that even though the Preacher has been gone for some time now, a lot of people around here still remember him and their dislike for him has trickled down to my sister and I.  My sister had to call the local police department one day to find out about something and the receptionist who answered the phone asked who was calling.  My sister told the receptionist her first name.  That wasn’t enough; she wanted her last name too.  So even though my sister knew it probably wouldn’t go well, she told the receptionist her last name.  There was dead silence on the other end of the phone for about fifteen seconds.  Then the receptionist said in a snotty tone, “Well, he’s not in now.  You could leave a message I guess.”  Wow.  People here really do hate us (my sister and I) for no reason other than what our last name is.  LOL

Living here in this small town is definitely going to be interesting.  My sister says she just wants to live a quiet life and not stir up any trouble.  I, however, only want to stir up trouble and make these backwards rednecks squirm in their holier-than-thou pews.  But that’s just me.  It’s probably just because I’m bored to death out here in the woods.

And for the grand finale!  At the beginning of May I received a message from a young man on OK Cupid.  His profile said that he lived nearby and that he was 18 years old.  Now I know that’s a bit young for me, but I figured he’s only 6 years younger than Endymion, so what the hell.  I replied to his message.  As we kept talking he started opening up and telling me a lot about himself.  He even told me that he’s still a virgin.  Awe, ain’t that sweet?  There aren’t many of those around these days.  I guess you pretty much have to catch one early to get one that’s still a virgin.  Anyway, we moved on from that topic and kept texting and messaging one another.  He seemed like a really nice kid guy.  He goes to church, plays guitar, likes a lot of the same music & movies I do, etc., etc.  Sounds good right?  I thought so. 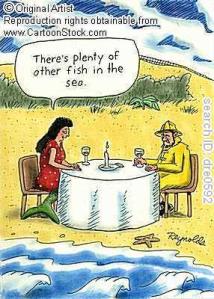 Then one night he added me as a friend on Facebook.  I started browsing his profile and noticed his birth date, especially the year.  Then I started calculating, which I am pretty good at, but decided to use an age calculator that I found online just to be certain.  Yep!  You guessed it!  He’s only 17.  He won’t be 18 for another couple of months.  Now at that point I had to jump-start my heart because I started remembering some of the conversations he and I had.  I don’t want to go back to jail.  So I immediately send him a message asking why he didn’t tell me that he was actually 17 and not 18 like his profile had stated.  He replied, “Oh, I’m sorry.  I was going to tell you.”  When?  After I was in cuffs?  I had to explain to him that I could get into a lot of trouble just for talking to him.  He understood.  So we agreed that all future communications would have to stay G-rated and we could even think about meeting until after he turned 18.  To be perfectly honest, I really have no desire to meet him at all now.  A couple of months difference may not seem like a lot, but now every time I think about him I think of him as a kid, and I just can’t go there.

What was even funnier was when he told me one day that he was going to graduation later that night.  I congratulated him, thinking he was the one graduating.  He said, “No, I’m not graduating.  It’s my friend who’s graduating.  I’m class of 2013.”  Oh Dear Sweet Baby Jesus in a Manager.  That was my “what the fuck am I doing?” moment.  You’ll be glad to know that my communications with the kid have ended.  I really would love to find another Endymion, but he at least needs to be able to buy beer for me.

2 thoughts on “The Age of Enlightenment – Part 2”