Welcome to the whorehouse.  We’re open from 5pm to 4am 7 days a week.  We’re currently running a special for those of you who are alcoholics.

Thus far Manwhore has had five women over to the apartment.  It’s hard to keep up with them all so I’ve decided to blog about them.  😉  Here is a synopsis of each.  Oh, and I’m guessing this will become a continuing series of posts seeing as how Manwhore shows no signs of slowing down his dating marathon. 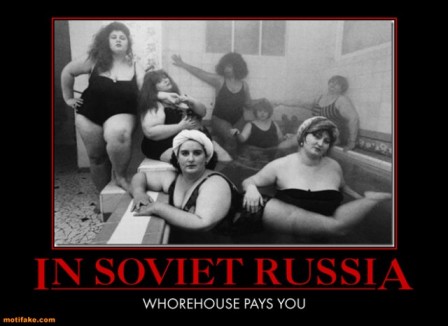 The first was before I even moved my stuff into the apartment.  She was a woman that he had never even met before and had only talked to online, via text, and on the phone.  She called him the night before I was supposed to get here and said that the man who she had been staying with got very aggressive and she and her daughter had to leave because they were afraid of him.  Now first of all, why was she on a dating site in the first place if she was already living with a man?  I’m guessing his anger management problems may have had something to do with finding out she was on a dating site.  Either way Manwhore felt sorry for her and told her she and her daughter could come here and stay, indefinitely.

When he first sent me the text telling me about the situation I was livid and looking for my bullets.  I hadn’t even moved in yet and he was moving one of his whores in, with her kid nonetheless!  I know I’m END_OF_DOCUMENT_TOKEN_TO_BE_REPLACED