I’d like to apologize for taking so long to post this, but this past weekend was so crazy that I wasn’t even sure where to start.  I’m going to break it down into a post for Saturday and a post for Sunday because there’s just too much to fit into one post.  The craziness never seems to stop around here.

Sis, Little Bubba, and I loaded up first thing Saturday morning and drove an hour to meet our parents at Cracker Barrel.  We were meeting them there so that they could take Little Bubba home with them.  They wanted to keep him for a week which was fine with sis and I because we needed a break.  PTL!  Party time!

First we stopped at a store and did some shopping.  We both found new shirts to wear out that night, neither of which we ended up wearing.  While we were on our way to meet my sister’s friend, Cowgirl, my sister decided that she finally wanted to go get her first tattoo.  I was not keen on this idea because I was ready to start drinking and stopping for a tattoo would just take entirely too long.

We met up with Cowgirl and dropped her truck off at the bar that we were going to go to later.  We then headed to the tattoo shop.  Now, no one bothered to find out that there was a huge college football game going on that night, so parking was a bitch and so was driving around town trying to avoid hitting drunk college students who were wandering aimlessly through the streets like zombies.  We made it there though.

We went inside the tattoo shop and there were a bunch of punk-looking college age kids hanging out while one guy was lying on the table getting inked.  One of the girls came up and asked my sister if she could help us.  My sister told her what she was looking to get and the girl quoted her a price of $120 which was too much for the size tattoo that sis wanted.  The girl also told my sis that they only had the one artist working that night so she didn’t know how long it would be.  We decided to go look for another tattoo shop.

We drove a few blocks and found another one.  This one looked like a nicer place and instead of little punks running it there was an old biker guy there.  I was hoping this would be a winner.  He found out what sis wanted and said he’d be right back.  He went behind the counter for a few minutes and then came back with a drawing.  It wasn’t what sis wanted.  She wanted a horseshoe with a four-leaf clover coming up out of it and she didn’t want it to look too cartoony.  She told him what to change and he disappeared behind the counter again.  A few minutes later he came back with a new drawing.  This one looked even less like what she wanted and he started getting an attitude so we left.  The tattoo would have to wait.  It was party time.

We drove back to the bar and headed inside.  As we were walking to the door, Cowgirl overheard a girl saying something about a bunch of old people being there and Cowgirl commented that she might have to kick her ass.  We weren’t even inside the bar yet.  I was starting to worry.

Once inside we made our way to the bar to order our drinks.  Now this is a crucial moment for me.  Whatever I choose to start off drinking has to be what I stick with for the rest of the night.  I can’t mix beer with hard liquor.  Bad things happen when I mix.  My sister did not hesitate to remind me of this fact when I was trying to decide what I wanted.  I told her that you only live once, and I ordered a Tanqueray (gin) & tonic.

After a couple more drinks and a couple of trips to the outside bar to smoke, it was starting to look like it was going to be a long boring night.  Sis and Cowgirl were just sitting at the bar nursing their drinks.  I distinctly remember telling my sister that something needed to happen.  I needed new blog material.  It wasn’t long before I got more than I had bargained for.

I don’t remember exactly how we ended up outside again, but I probably coerced them into going out there so I could sit and smoke.  The music outside was better too.  As we sat at the outside bar people-watching, I noticed a good-looking older man across the bar looking in our direction.  I knew who he was looking at, and it wasn’t me.  I nudged my sister and told her that he was looking at her.  She saw him and then turned back around.  I guess she wasn’t really interested.  He didn’t know that though.  I looked back at him and we made eye contact.  I turned back towards my sister and said, “Wait for it…wait for it…and here he is.”  He had made it across the bar and was standing next to my sister trying to strike up a conversation.  He eventually lost interest in her because she was basically ignoring him.

As we sat there, a group of guys came up and started talking to us.  One guy, who sis calls Swamp Boy, attached himself to her and she didn’t seem to mind.  Another Mexican guy, who looked like a bandito with that blue bandana on his head, was trying to get Cowgirl to talk to him.  She just kept ignoring him and telling him no.  I got stuck with the short one of the group.  He wasn’t ugly or anything, I just wasn’t interested for some reason.  His cousin on the other hand had gorgeous blue-green eyes and looked to be about 25 or so.  He was really quiet though and was being cock-blocked by Shorty.  I tried getting rid of Shorty, but he was a persistent little thing.

Eventually we all went back inside where there was a dance floor.  I had a few kamikaze shots by then and was feeling rather spry so when the DJ put a good song on I started busting a move.  Even my sister was impressed and  said, “Damn! Sis got moves!”  The next day I was sore and asked her, “I did pretty good right?  We’re you watching?”  She said, “Everyone was watching.”  I don’t know if that’s a good thing or a bad thing.  LOL 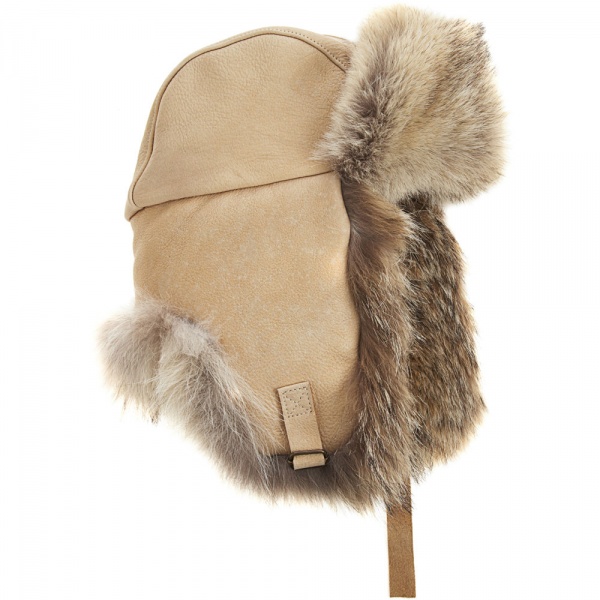 So after they started turning the lights on and off signaling everyone that closing time was near, I had one last shot and we started saying our goodbyes.  Somehow a couple of them managed to get my number.  They’ve called and sent me texts, but I haven’t responded, mainly because I don’t know which number belongs to which guy.  While we were doing all that some young guy wearing an Elmer Fudd hat was lurking behind Swamp Boy.  More about him in a minute.

Finally we all left the bar.  Sort of.  We were about to turn out of the parking lot when my sis saw Elmer Fudd standing on the curb.  She rolled down her window and yelled to him.

Elmer:  “About eight miles.  It’s only a three-hour walk and I’ve got my hat to keep my ears warm.”  (Seriously, that’s what he said.)

He then walks over and gets in the back seat.  Now at this point we are having second thoughts.  We started asking him questions about how old he was (21) , why his friends left him (he didn’t know), what kind of work he did (electrician), where was his car (he didn’t own one), where he lived (with his parents), etc.  He probably thought we were interviewing him for something.  I have to admit though, the little fucker was cocky as shit and was a talker.  He talked the entire way.  What really made us burst out into laughter though, was when he told us that he wasn’t white, he was black.  Obviously he was a white boy, but he did his best to convince us otherwise.

Again, he somehow managed to get my number.  I’m not sure if I was so drunk that I was passing it out like business cards, or if my sis was giving it out as a joke.  Either way, I was getting texts and phone calls well into the next morning.

After dropping off Elmer we headed home.  I fell asleep in the car and woke up when we pulled into the driveway at 4:00 am.  I went right to bed.  It had been a long fun night and sis told me that if I didn’t have enough material after that, then I could just go fuck myself.  LOL