You can find Part 1 here and Part 2 here. 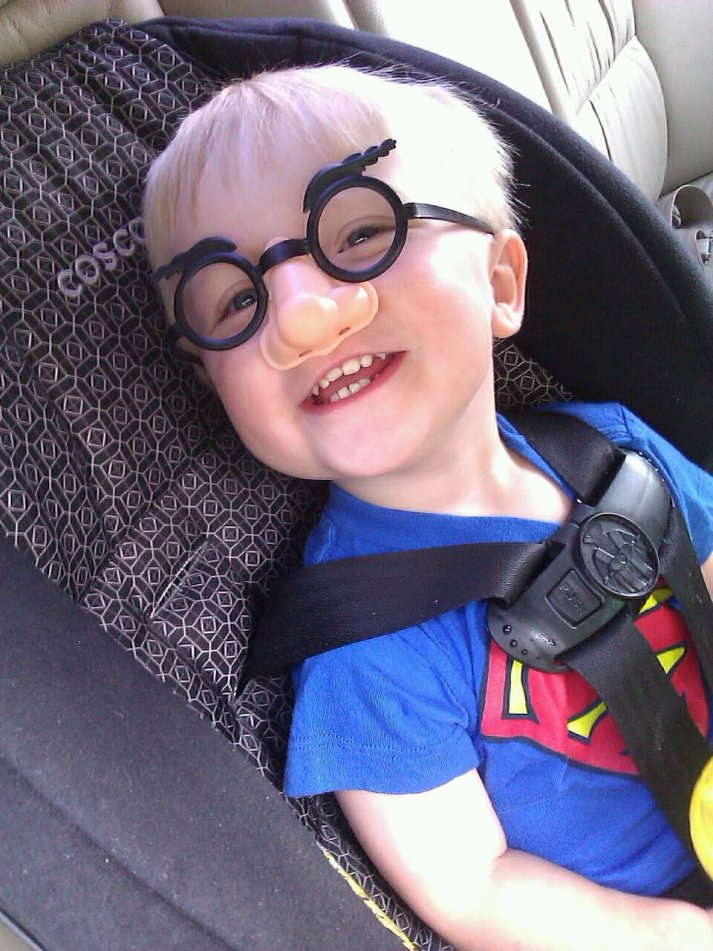 On Monday I kept Little Bubba while sis went to work.  I tried to do some unpacking, but with a two year-old around it’s not easy to get anything done.  That morning I noticed a city truck pull up in front of the house.  It was the city water department workers.  They cut off our water.  WTF!  My sister said she had told the lady at the rental office that we were going to have the water switched over into our name that evening.  Why did she tell them to cut it off that morning?!  This was just one more “OMG I want to just cry” moment in a long line of similar moments.

We couldn’t take a hot shower, couldn’t even flush the toilet, and still had a trailer full of stuff and some furniture and a washer and dryer left to move.  Sometimes I just have to wonder why God would let so many things go wrong in my life.  I know I’ve been a bad girl at times, but do I really deserve all of this?

Little Bubba and I had to go to town to try to get a loan and then get the water and gas turned on.  None of that was successful.  That afternoon my sister decided that we needed to go get a title loan on her car so that she could buy the truck, get the water and gas turned on, and have money for gas to get back and forth to finish moving stuff out of the trailer.  It was another 45 minute drive to the title loan place.  By the way, I know title loans are a bad idea, but when you’re broke and desperate for a hot shower and a toilet that will flush, you’ll do just about anything.

We got there and while on the verge of a panic attack my sister finally decided to go through with getting the title loan.  After we got it she called Daisy Duke and told her we were coming to buy the truck from her.  After driving 45 minutes back home, then another hour up to DD’s place, and another half hour of trying to jump-start the truck we were ready to head home for the night.

Remember that I told you that my sister can’t really drive a stick-shift?  Umm, yeah.  Well, she decided that there’s no better time to learn than the present, so she drove the truck home.  After many starts and stops and tries to get the truck into first gear we finally made it home.  It was kind of amusing following her and watching as she literally learned as she went.  Little Bubba and I heckled her the whole way home.  It kept him amused and occupied.  Hey, it’s better than hearing him scream.

On Tuesday it was my job to go and pay the water and gas deposits so that they could turn them on that day.  Little Bubba and I had our own fun going around doing all that and he was really good during it all so I stopped and got him a Happy Meal for lunch.  Thank God for sweet happy kids.  My sister has something that she says, kind of like her own version of OMG.  “Oh dear baby Jesus” is what she says when she’s stressed out or something goes wrong.  So after hearing her say that so many times this weekend, Little Bubba, just out of the blue while we were headed home, says “Oh dear baby Jesus” in his own two year-old half-pronounced version of the English language.  It was cute and endearing and hilarious all at the same time.  Things like that make me realize how impressionable kids are and how blessed I am to have him and my sister in my life, even if they do drive me crazy most of the time.

Praise the Lord for hot showers!  I took the longest, most wonderful hot shower Tuesday night.  I felt like I had a month’s worth of dirt and grime and sweat on me that needed peeling off.  Even Little Bubba was glad to take a bath that night.  He didn’t even put up a fight.  He just stripped down and hopped right in.

I got a bit of a break on Wednesday.  I took Little Bubba to the babysitter so that I could go back to the trailer and pack and do some more laundry.  I’ll be so glad once the washer and dryer are moved though.  Before sis got home I was able to put some things away and make the place a little more home-like.  Later my sister and I made another trip to get even more stuff and wash more clothes later that afternoon before going to pick up my nephew from the babysitter.

Thursday wasn’t so bad.  I kept Little Bubba and other than chasing him around and keeping him out of everything, I really didn’t do much.  Our telephone and DSL was supposed to be turned on, but that never happened.  I called

AT&T at 8:00 pm and they told me that they would send a technician out on Friday to take a look at the line outside.  If it’s not a problem with the line outside then he’ll have to look at the one phone jack inside to see if that’s the problem.  Of course they will charge extra for that.  It will be just one more bill to pay.  My sister and I are getting so far in the hole financially that we are starting to smell sulfur burning.  I’ve been trying to keep her from having a meltdown while at the same time trying to keep myself from stressing out over it all.  I know that we don’t have enough money for all of this, but she assures me that she is trying to sell some of her horses and saddles to help dig us out.

The AT&T tech that was supposed to come Friday never showed.  So we were still without phone & internet service.  I kept calling the customer support line & each time they would tack on eight hours to the time that it would be connected.  The customer service reps were very nice, but that still didn’t keep me from getting very annoyed at the amount of time that it was taking to get everything on and working.

Also when I went outside the back door that morning to have my morning coffee & nicotine fix, I noticed an animal trap/cage thing in the back yard.  I

didn’t remember it being there before.  I also heard a kitten in the woods right behind the house.  While I was out on the back patio I saw a little orange kitten peeking out from the bushes.  Oh shit…more expletives… I just knew if my sister found out about the kitten she would want to keep it.  Little did I know that the reason the trap was in the yard was because she had used it to catch the little booger and bring it here from her old man’s place.  Great…just great.  One more animal to feed.  My sister and her damn animals.  I love animals, just not as much as she does.  I also know that if you can’t afford to feed or take care of an animal then you shouldn’t have it.

One more week down, and one more weekend to go.  Maybe even a few more days after that.  We still have to clean the trailer once we get everything moved out.  This is feeling like the never-ending move.

8 thoughts on “Adventures in Moving – Part 3”