Confession of the Day

My secret crush:  Hannah Harto of My Drunk Kitchen.  See video below and you will understand why. 🙂

It’s confession time again.  I love confessing because I always feel lighter and freer afterwards, but I also hate it because sometimes the things that I confess are just downright embarrassing.  For instance…

Once again I have not been writing as much as usual because someone found out about my blog and I felt a noose tightening around my neck and stifling my voice.  Even though he told me that he wouldn’t read my blog anymore, I’ve decided that either way, I don’t care.  I’m going to write anyway.

By the time I found out that he had read my blog he had already read about six month’s worth of posts and he found out a lot more than I think he ever really wanted to know about me.  Oh well.  That’s his problem.  I can’t let that hold me back.

So to get you caught up I’m going to do a little confessional updating. 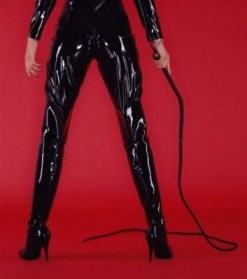 First of all I have still been seeing EB about once a week.  Why?  Well, after we had our little chat I thought that maybe there was still hope for him.  It was kind of funny because I was very honest with him and promised that I would continue to be honest about the things that he was doing that could hurt or hinder a relationship.  One day we were hanging out watching television and he was talking incessantly which drives me insane.  I had about enough so I just looked at him sternly and held up one finger to hush him.  It worked.  He smiled and said “See, that’s what I need!”  After that I had no problem telling him to shut up or be quiet.

I love talking with him, but sometimes, especially when trying to watch a tv show or movie, I want to pay attention to what I’m watching.  Otherwise, what’s the point of watching it?  I still have other issues with him, but he’s a work in progress.

The next confession is that I was talking to Manwhore again a few weeks or so ago and he talked me into coming to see him.  We were supposedly going to finish the video of his tour that we had started last year.  I took the train down one evening and after being an hour and a half late the train finally arrived in his city.  I took a cab to his apartment and he came downstairs and paid the driver.  I didn’t think much of it until we got upstairs, but he didn’t even bother giving me a hug or kiss or anything.  He just started telling me that he had a pizza in the oven and talking about some other bullshit.  When he came back into the room I was able to get him to stand still long enough to say hello to him.  He said hello and then attempted to hug me.  It was a sad excuse for a hug, especially when he had begged me to come down and see him and we hadn’t seen each other in a while.

After the pitiful hug we ate the pizza and then watched tv until he fell asleep.  I tried to sleep, but I felt so uncomfortable just being there that it wasn’t easy.  I woke up at 6:00 a.m. the next morning and got up to get something to drink.  He woke up too and when I got back into the bedroom he asked if I was going to stay or go home.  WTF?  I just got there and he’s telling me to go home already?  He’s fucking insane!  Ok, technically he’s bipolar, but still, he’s on meds now and he’s the one who begged me to come down there in the first place.  How could he do this to me, again?  He said that it was uncomfortable enough as it was and he didn’t see any point in my staying.

I asked him if he was going to drive me back home like he had promised.  I asked mainly because besides his promise, I really didn’t feel like sitting on the train for three hours again.  His rudely toned response was “I’m not driving you home today. You can just stay here if you don’t want to take the train.”  What an ass, but I already knew that didn’t I.  Silly me.  Why do I keep putting myself through this?

I was pissed off so I told him I’d get dressed and he could just take me to the train station.  It was 6:30 am and the train leaves at 7:00 am.  He got me there just in time and before I got out of his car he handed me $25 for the train ticket (FYI: it wasn’t enough).  I asked if he was at least going to wait and make sure that I got a ticket and he said he would go park and wait.  I didn’t say goodbye or anything else to him.  I went inside and got my ticket and then got on the train because it was already boarding and about to leave.  Once I was settled in on the train I sent him a text that simply said “bye.”  He replied back “bye.”  He didn’t even apologize.  This pissed me off even more.  I sent him one last text that said “Don’t bother me anymore.  I can’t keep doing this.  I’m going to puke now.”  Maybe the part about going to puke was a little over the top, but it was true.  After he told me that morning that he basically wanted me to go home I became physically ill.  It was probably just from knowing that I had been stupid and fallen for his charms yet again.  Never again though.  I haven’t talked to or heard from him since.  Thank God.

So, yeah, that’s pretty much how the beginning of my 37th year on this planet has gone.  My stupidity continues, as does my never-ending quest for love & sex.

I’m sitting here watching the video below of Glozell with her mother while they are watching Katy Perry’s video for E T.  I have to say it’s quite amazing and also a tad trippy if you know what I mean.  Wink, wink.  Enjoy.

At the beginning of a relationship, do you trust your new partner unless there is something specific to make you do otherwise, or do you withhold your trust until he or she has earned it?

I used to think that I trusted someone until they gave me a reason not to, but I recently discovered that I was wrong.  I like to believe that I do that, but the truth is that I don’t.  I have recently become more aware of when I am being distrustful of people.  I tend to always have that little voice in the back of my head that tells me that the person could be lying to me.  Sometimes I wish that voice would shut up, but I suppose it’s there for a reason.

I don’t always listen to that voice at first, especially when I’ve first met someone and they’ve given me no reason to distrust them.  The sad fact is that it is always there whispering to me, making me doubt the other person’s integrity and objectives.

I recently had an incident where someone, who I had not known for very long, lied to me about something.  It wasn’t anything huge, but still, it was a blatant lie.  I hate being lied to so naturally I was very upset about it.  He thought that I was overreacting.  He also told me that he only lied because he was afraid of how I would react.  I told him that I was more upset about him lying to me than I was about what he did.  So at this point he definitely has to earn my trust, now that I know that he is capable of so easily lying to me.

The way things are today with technology making it so easy to meet new people we definitely have to be careful.  I of all people should know this to be true.

When I was nine years old my little sister was born.  Today is her 28th birthday.  I remember vividly the day that she was born.  My grandmother took me to the hospital to see my parents and new little sister.  We waited in the waiting room for a while and finally my dad (he wasn’t the Preacher yet) came out and said that she had arrived.

My mother had to have a C-section, so she was out of it for a while.  When the nurses rolled my sister out in the little incubator thing, we all went over to have a look at the little angel.  She was wrinkly and pale with blue eyes and a tuft of blond hair.  As I looked at her I began to get physically ill.   I tell her this to pick on her and as a sisterly jab, but according to my family I had been sick for a few days before her birth.  But when I saw her and immediately turned green, I thought it was because she was just gross and I wanted to know if we could return her.

Over the years I grew to love her even though it was a big adjustment going from being an only child to a big sister.  When she was five I gave her the nickname “Brat” and later “Little Boxer” because she loved to beat up on me even though I was older and bigger than her.

Right before my 18th birthday I moved out of my parents’ house.  Looking back I realize that it wasn’t easy for her.  She was only 9 and probably felt like she was losing her big sister.  I was on the verge of a new life and my family wasn’t exactly at the top of my priority list at the time.  I just wanted out and away from the Preacher.

Being the oldest by nine years, my parents were the strictest with me.  They loosened up the reigns on her once I moved out and especially after I moved to NYC and disappeared for six months.  I like to think that through my stupidity and stubbornness she gained more freedom.

The older we get the closer she and I become.  I can’t imagine not having my little sis to talk to about things that I can’t talk to anyone else about.  She’s my confidant, friend, and guide.  She’s more grounded than I am most of the time, and she’s really good at helping me realize when I’m being overly dramatic or just plain stupid about things.  She’s a straight-shooting, quick-witted, smart, funny, and beautiful woman.  It feels weird calling her a woman, but she’s not the little kid who used to beat me up anymore.

So for her birthday I would like to give her the gift of forgiveness.  I forgive her for cutting my Barbie’s hair, for painting my Cabbage Patch dolls’ nonexistent fingernails, for beating me up when she was five, for starting fights with me and then getting me in trouble for defending myself, and for letting her dog bite me when she was thirteen.  I gotta love her!