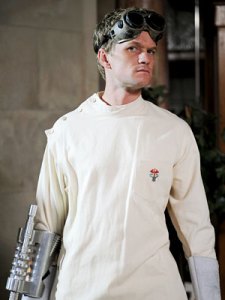 Mission accomplished, well, one at least.  After spending all day on the phone with Dr. Bitch’s office and the pharmacy I finally got my refills.  After talking to the doc’s office again she told me that I absolutely had to make an appointment and come in, and that I could not have a refill for even enough for up until my appointment.  I had explained the situation to the lady in detail and could not believe what she told me.  Can they even do that?  Can they make me go weeks without my medicine?

I quickly told the woman, “I will be by to pick up my medical records later this week because I will be finding another doctor.  I would rather pay another doctor than Dr. [Bitch] because I never liked her in the first place.”  I said thank you and hung up.  Yes, I was snappy and rude to her.  At least I have a valid excuse this time.

I immediately called my Dr. Nice.  I was seeing him for two years before I moved.  (Reminds me of some of my romantic relationships.)  His office is three hours away.  (Again, this reminds me of some of my romantic relationships.  I like to keep them just within driving distance.)  I called and explained my situation and his nurse was happy to phone in a refill for me and scheduled me an appointment for next month.  Tomorrow I will have enough medicine to last me until I can see him, and it gives me time to come up with his fee.  His fee is more, but well worth the extra cost.  He’s a nice doctor.  I’ll refrain from saying what I’d like to say about Dr. Bitch.

So…I managed to elude the psych ward for one more day.  Yay!