I’ve always been pretty good at being able to forgive people when they have hurt me, well, eventually.  My Christian upbringing probably has something to do with that.  My mother, one of the sweetest most loving and sincere women that I know, has always had a wonderful ability to forgive and not hold grudges, even at times when most would think it impossible to forgive or even reasonable not to forgive.  She’s been the shining example in my life of how to live a grudge-free and hate-free life.  She taught me that hating someone and not forgiving people when they do things that hurt you is not the way to gain 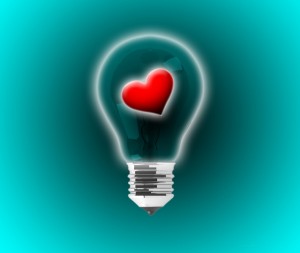 peace and harmony in life.  Because in the end, I’m the one that will be judged by God and I really don’t want to go to that last meeting with hatred and bitterness in my heart.  In the past few years I seemed to have forgotten some of those values that she taught me and have held things inside that have eaten me up so bad that it has made me depressed and physically ill.  I don’t want to live like that anymore.  I want to be free from all that negativity and be able to let my little light shine.

Merriam-Webster defines forgiveness as “the act of forgiving” and forgiving is defined as “allowing room for error or weakness.”  My tagline on my blog is “Nobody’s perfect.  Why should I be any different.”  Without even realizing it I think I was making a proclamation that I wanted to start forgiving myself of things that I’ve done and forgiving those that have hurt me.  It’s funny how it can take a long time to realize the true meaning behind thoughts that I have and things that I’ve written.

Recently I had a moment of clarity that made my heart jump for joy.  I realized that I had forgiven someone who had hurt me very badly, and through that forgiveness, beyond the pain and hurt, I had grown stronger and smarter.  Forgiving the person was what really made me feel lighter and better.  I’ve read that “Forgiveness can even lead to feelings of understanding, empathy and compassion for the one who hurt you.”  That’s so true and very important.  Once I had forgiven the person, and after they reached out to me, I saw that I wasn’t as perfect as I thought I was.  Even though I had been lied to and deceived, I shouldn’t have been so quick to judge.  I make mistakes like everyone else.  You never know what people are really going through.  I know that when people ask me how I am I usually say “fine” only because if I told them how I’m really doing it would just be too hard to explain why.

As I mentioned above, holding feelings of hatred and bitterness in your heart can cause stress related problems such as anxiety, insomnia, loss of appetite, depression, headaches, and ulcers.  It’s strange how our bodies physically react to stress and emotional pain.  I’m not ashamed to admit that I’ve had some of these physical problems and I know they are definitely stress related.  In the past I’ve even contemplated suicide.  It’s still sort of a taboo subject, but it needs to be discussed.  Having such thoughts is not as uncommon as we like to think.  Even the best of us get depressed sometimes.  I once had a conversation with my grandmother about having thoughts of suicide and being the wonderful Christian woman that she was she did not judge me.  She actually opened up and told me that she too had those thoughts in the past.  The important thing to remember is that there is always someone who loves you and who would miss you, and that suicide is a very selfish act.  That’s what always stopped me.  I would start thinking about my family and how much it would hurt them if I did something like that.

Forgiveness is a beautiful thing.  It can heal you and make you a better, more understanding, and loving person.  Forgiveness is for you, not for those that have hurt you.  Another benefit of forgiving someone is that once you do forgive them, you won’t even have to say anything, it will show in your attitude and actions.  They will see that change in you and often their own attitudes and actions will change.  So let your little light shine and be a good example for others to follow.  🙂 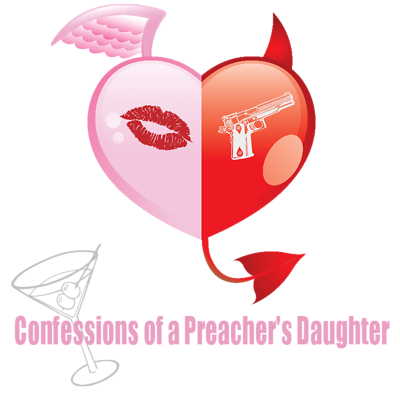 I thought that I might ought to make a sticky-post warning people that my blog is not anywhere near G-rated and does contain sexually explicit material.  It’s not porn or anything, but I do tend to go into graphic detail at times and I also don’t always filter myself when it comes to strong language.  My goal is to entertain, inspire, inform and just speak my mind.  That means that anything that pops into my head, including things like sex, drugs, religion, relationships, and family is all open for discussion.  I don’t want to offend anyone, but I do believe in freedom of speech and am going to use that freedom as much as possible.  So, if you’re easily offended, especially by sexual content, I’d recommend you not to read any further.  And if you are related to me…please, don’t read any further!  Just call me and I’ll send you a check to stay away from my blog.  🙂

Ginger aka Preacher’s Daughter aka PD