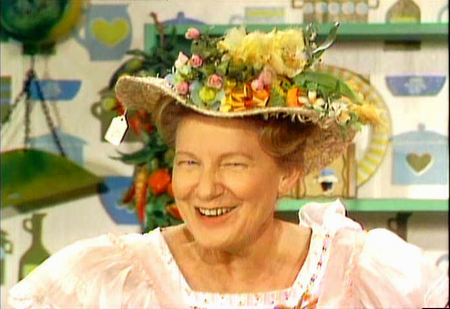 Every day with my family is an adventure.  I coasted into town Friday afternoon and was quickly whisked away by my parents and a couple from my dad’s church, to a cancer fundraiser being held at a different church about twenty minutes away.  Whenever a church has any type of extracurricular function here in the South there is always food and music involved.  This one was a HeeHaw themed dinner theater.  Sounds like a blast doesn’t it?

We were told that there would be a full house so we arrived an hour early to make sure that we had good seats for the show.  I wanted to sit close to the kitchen so we could be sure to get our food first because I was starving by that point, but the Preacher chose seats near the door so that we could make a hasty exit later in the evening.  Or maybe he’s just so paranoid at this point that he just feels safer by the nearest exit.

The show started after everyone had gotten their plates and the blessing had been said.  The featured act seemed to be several groups of clog dancers from a local dance school.  The dancers ranged in age from five to eighteen.  The teacher was your typical bubbly cutesy Southern belle.  She was wearing her best overalls and her hair was in pigtails.  She was going along with the HeeHaw theme I guess.  Most of the dancers were also wearing overalls and pigtails.  As I looked around the room there were lots of other smaller girls, probably ages one to four, wearing cute little outfits and all had gigantic bows on top of their tiny heads.  When did that END_OF_DOCUMENT_TOKEN_TO_BE_REPLACED